"WE'RE LOOKING FORWARD TO SEEING YOU!"

HARRY'S BISTRO IN BEAUMARIS IS ALL ​ABOUT GOOD FOOD

Henllys proudly stands on the hills overlooking Beaumaris; the building is a historic Mansion House built in the 1880’s. It stands on the site of a former Monastery dating from the 13th century.

Harry’s Bistro was opened at Henllys in 2004 and named after a mysterious and famous Harry shortly afterwards.

Take a look
at our menus 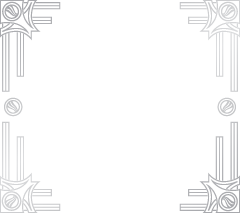 Who was the illusive Harry the Bistro was named after? Naming Harry has become a bit of a tradition and if you can add a name we've not considered we’d be really pleased!

Owner/Chefs Simon and Nia Doyle are a well-known Anglesey combination. Their unique style of bistro-style food has been presented during their time overseas and in some of the best restaurants on the Island.

Harry's has recently been redesigned with an Art Deco theme, as Simon and Nia have  established their popular bistro with Seasonal and Welsh menus as well as their own modern dishes using suppliers of produce sourced locally from the Island of Anglesey.

Beaumaris is a captivating seaside town, with its mix of medieval, Georgian, Victorian and Edwardian architecture. Its name is based on the Norman ‘beau marais’, meaning ‘fair marsh’.

A ‘must’ is to take a walk through the town, starting with a stroll along the seafront, taking in the pier and the wonderful views over the Menai Strait and Snowdonia then continuing through the charming streets with its picturesque cottages, many painted in soft pastel colours.

Beaumaris Castle is a United Nations World Heritage site and was built during the years of 1295-1330. It has a moat and a dock for access by supply ships and is most worthy of a visit.